The toughest event on the planet (video review at end)? 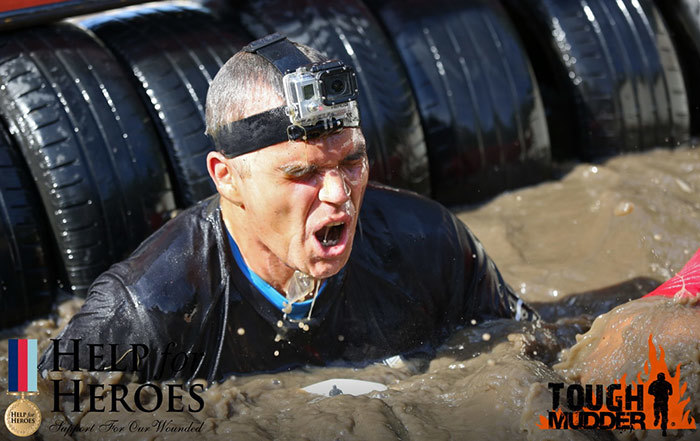 Tough Mudder is a seriously hard event organised all over the world. It generally comprises of a long, muddy 12 mile run interspersed with some crazy challenges. Obstacles such as "Electric Eel" and "The Wall" are sure to test even the toughest of mudders!

After completing my Insanity challenge last year (which by the way was ridiculously tough), I decided to carry it on indefinitely. I actually did it 4 times in total as I wanted to retain my fitness for something.

Although I wasn’t quite sure what for.

In that time, I came across the advert for Tough Mudder which a friend of mine had taken part in a few years earlier and…boom! There it was.

I entered the event for July 2014 which gave me about 8-9 months to train harder and get a team together. Most of that team came from our business group at Network Dorset.

Having completed Insanity a few times, I felt the base of my fitness was there so I just needed to run more as I am really not a very good runner. As it happened, I never really got the chance and only did one 5k run followed by a 10k run the following week and then nothing else for months.

In fact, during the last month leading up to Tough Mudder, and totally due to workload and the fact we were moving house, I did no real exercise at all!

Having watched all the promotional videos for Tough Mudder, I have to admit I was so nervous in the weeks and days leading up to the event, I was losing sleep.

I started to truly doubt myself and even thought about not attending using the excuse of moving, lack of exercise and sleep and the fact I was feeling so unfit.

That single word went round and round my head until I found myself on the motorway. As I was making my way to Kettering the night before our 9am start time. The rest of the guys set off from Dorset at 3am! 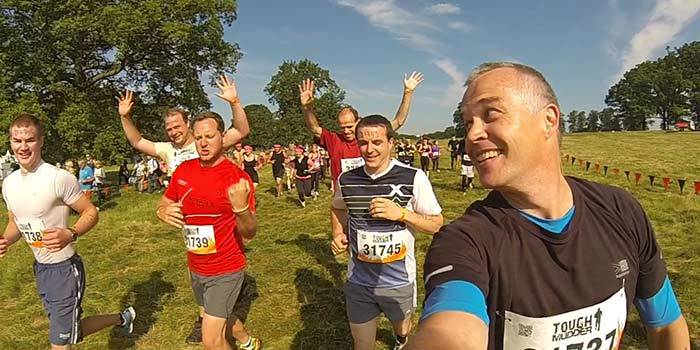 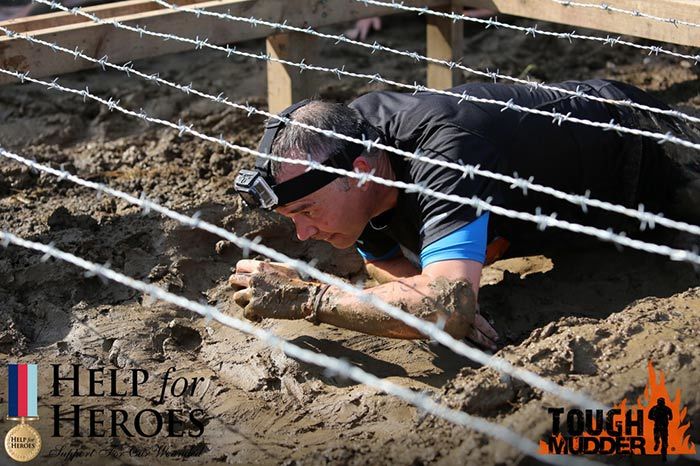 I did a fair bit of research into what I would need on the day. Above all else, the best advice I got was to get snug fitting trainers with super off road tread. Two of our gang took the mickey. Why would we spend good money on trainers for this event when we already had running shoes? They soon realised why.

I think it was literally the 3rd or 4th corner where one of them slipped over in the mud and the other followed suit pretty soon after that. Smug mode!

Also, those same people complained a few times. We had to stop because of this, with stones and grit in their shoes. I tied mine tightly and the water stayed out (no sloshing about), no stones got in. However, I did tie them a little too tight because as you heat up and your feet swell, it can get a little painful.

I was thinking about gloves all the time. This was due to my lack of ability to hold my own body weight with one arm for the ape rings. In the end I didn’t bother and just went bare. Only had two minor cuts and got through everything pretty well.

Worked well as I never got too cold (even in the ice water) and not too hot after running 12 miles. Luckily, there are plenty of water obstacles to cool you down.

Camera. I debated as to whether or not to wear the Go Pro HD Hero 3 on my head, chest or not at all. Even right up to the start line I was undecided. In the end I opted for head all the way and I am so glad I did. I hardly knew it was there most of the time and the video came out great. See below.

Take a towel and change of clothes for afterwards. Plus some money for food and beer and some form of photo ID as they won’t let you take part without it.

Obviously each venue is different but I assume the facilities will be the same at each event. There is a bag drop area where you can leave your belongings safely for just £3 prior to the race and plenty to do afterwards.

The beer tent and burger bars were a welcome sight. Though I didn’t realise how hungry I was until I started eating. Memorabilia was far too expensive so none of us bought anything. The headband, t-shirt and video was more than enough for me : )

There was a tent offering sports massages for just £2 after the event which all of us gladly took up. Very nice apart from the fact that it hurt like buggery from start to finish. “Ooh, you have a knot sir”. "Ooh, you have another knot sir”. Having a fully grown man rub very hard, what felt like sand mixed with salt, into all the little cuts on my legs left me very nearly in tears…p*ssy.

I had been panicking for ages but needn’t have.

The course obstacles themselves when tackled individually, were actually pretty straight forward. All of us had different strengths and weaknesses so each obstacle had varying levels of difficulty for each person.

For example, I simply cannot hold my body weight with one arm so the ape rings were my main nemesis. In the water I went. Then there were other slippery obstacles such as this... 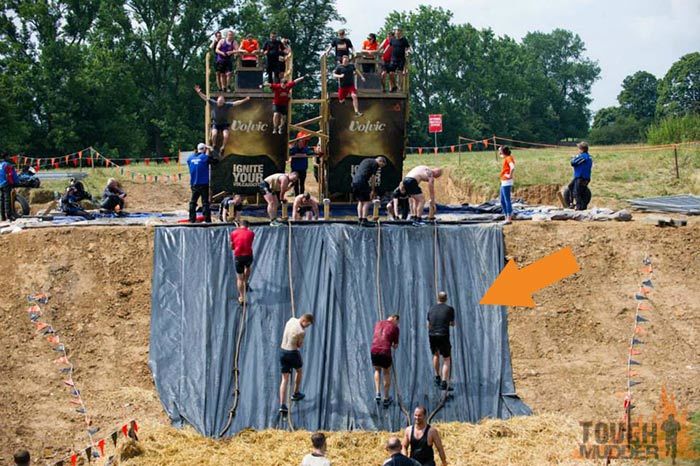 Everything else was simply great fun and very muddy…loved it. The worst two for me were the Electric Eel and Electro Shock Therapy. I don’t do being electrocuted very well as you will see in the video below.

The camaraderie, support and pure fun of it all is easily enough to get you through. If you are thinking of doing Tough Mudder, £100 or less is nothing for this experience and the pride of wearing that t-shirt so just do it…NOW!

Please excuse the language but when you have young children, you rarely get to swear. Tough Mudder brings with it many opportunities for the odd profanity.

I hope you enjoy the video and it gives you some indication as to how much fun Tough Mudder is (see me get electrocuted in the head at 9m 50s (cue profanity : ) 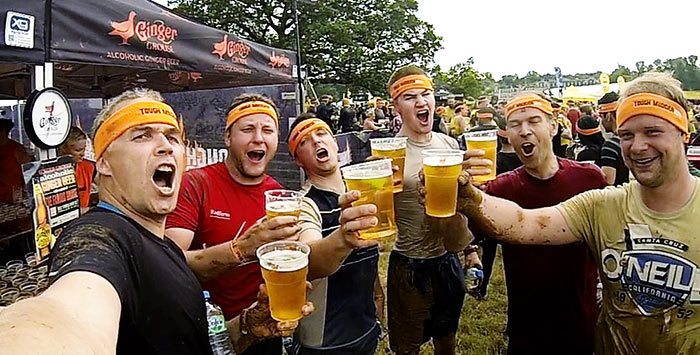