Sailing World Cup 2016 at the Weymouth and Portland Sailing Academy 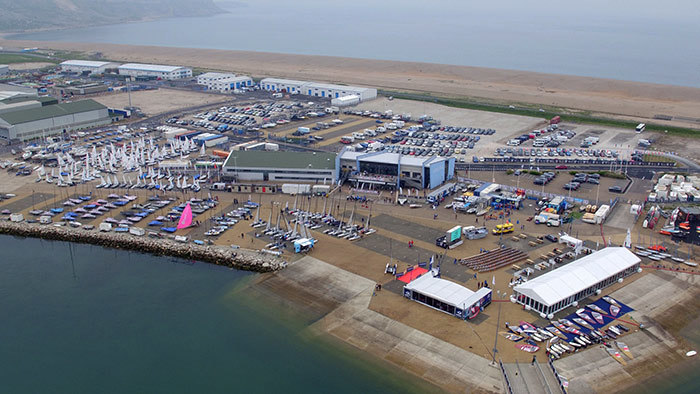 June 2016, Weymouth. I was lucky enough to be asked to help with the aerial filming at the Sailing World Cup at the Weymouth and Portland Sailing Academy.

My job was simply to fly the drone for a large media company commissioned to film the event. These guys also cover a whole host of high end productions worldwide, including the upcoming Olympics in Rio.

We were to be out at sea on ribs for the entire 2 days filming. Therefore, we had to hand launch and catch the drone (DJI Inspire 1 Pro) whilst bobbing about in the sea. This was made all the more diffcult with limited space and lots going on around us. The launcher/catcher would also act as camera operator as I flew around, above and over the competitors.

Of course, we had full permission from the event organisers at the Sailing Academy. Plus we had notified the nearby coastguard helicopter team of our intentions so all was good.

Launching and catching drone from a moving boat

The launching and catching from the rib went well and without incident and the footage we got was superb. However, we did have some long periods of waiting as the wind was too low for sailing at times. 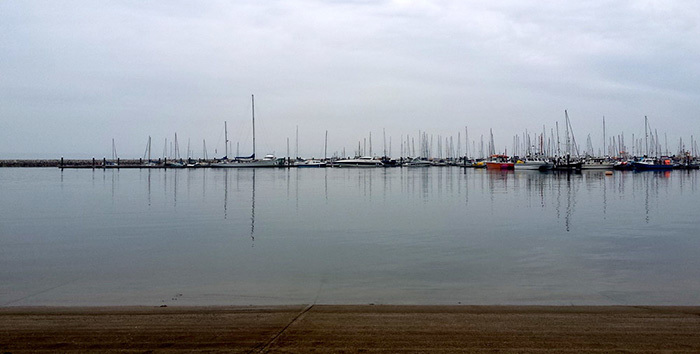 The equipment we had to hand was incredible. It included miles of cables and a few beautiful, fast ribs (rigid, inflatable boats)… 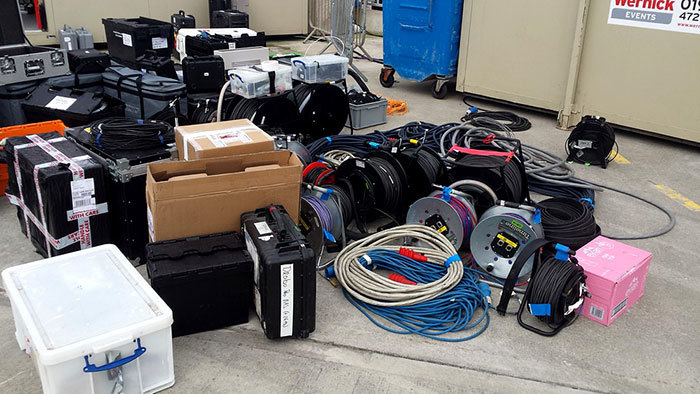 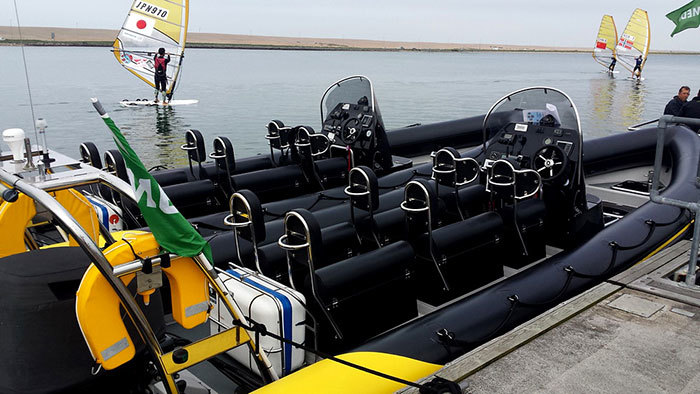 One particular piece of equipment that caught my eye was an amazing and rather large camera. It was attached to an incredibly stable gimbal which provided much of the footage from the water. 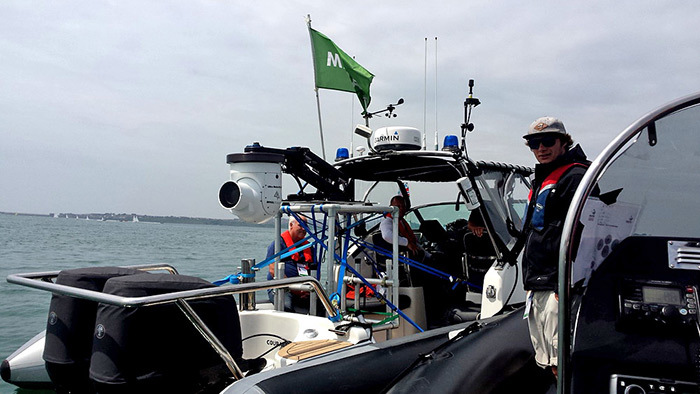 This is the Flir UltraMedia with high performance gyro-stabilization currently selling second hand for £155,000! It has a lens with 1140mm focal length and best in class Hi Def camera. Jealous, moi?

I also got to ride with, and listen to as he interviewed the winners, double Olympic gold medalist Malcolm Page from down under! All in all, it was a great two days and I was privileged to be a part of a wonderful team at such a cool event.